Saeed Ajmal will look to make an immediate impact for Pakistan upon return.

Pakistan mystery spinner Saeed Ajmal returns to the Pakistan playing XI after a gap of seven months after he was found guilty of having an illegal bowling action by International Cricket Council (ICC) during Pakistan’s tour of Sri Lanka in September 2014. Ajmal was also not picked for the ICC Cricket World Cup 2015 for the same reason. He returns to the Pakistan squad after he was given a green signal by the Pakistan Cricket Board (PCB). Live Blog:  Bangladesh vs Pakistan 2015, 1st ODI at Dhaka

Ajmal has been Pakistan’s frontline bowler for Pakistan ever since he made his international debut in 2008. He was immensely missed by Pakistan in the World Cup as Pakistan crashed out in the quarter-final stage of the mega event. Yasir Shah was included in the World Cup squad as his replacement, but he failed to impress. Bangladesh vs Pakistan 2015, Free Live Cricket Streaming Online on PTV Sports (For Pakistan users): 1st ODI at Dhaka

Earlier Bangladesh captain Shakib-Al-Hasan won the toss and elected to bat first. This will be the first game that new Pakistan skipper Azhar Ali will be in charge of. Shakib leads Bangladesh in the absence of Mashrafe Mortaza, who is banned for this match for having a slow over-rate during the ICC Cricket World Cup 2015 quarter-final against India.  Bangladesh vs Pakistan 2015, Free Live Cricket Streaming Online on Gazi TV (For Bangladesh users): 1st ODI at Dhaka 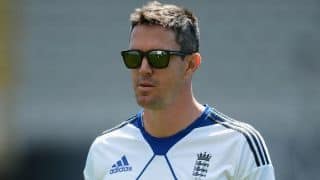