Authorities decided on Saturday that the off-spinner needed more time.

Pakistan off-spinner, Saeed Ajmal will miss the ICC Cricket World Cup 2015. It comes as a huge blow for Misbah-ul-Haq’s team, who were expecting Ajmal’s services in next year’s mega event. Pakistan authorities decided on Saturday that the off-spinner needed more time to remodel his bowling action.

According to Pakistan Cricket Board (PCB) Chairman Shehreyar Khan, Ajmal withdrew himself from Cricket World Cup to get more time to fix his action. The 37-year-old was suspended from all international cricket after his bowling action was found illegal in a bio-mechanical test in September.

PCB earlier this month requested the International Cricket Council (ICC) to have Ajmal’s action reassessed but had to delay that after his unofficial tests revealed he still needed remodelling. Ajmal has been remodelling his action with the help of former Pakistan off-spinner Saqlain Mushtaq.

Under the ICC rules all bowlers are allowed to flex their elbow by 15 degrees but Ajmal’s tests revealed his elbow flexed by 43 degree. Besides Ajmal Pakistan also faces race against time to get all-rounder Mohammad Hafeez cleared after his action was reported as suspect last month.

He was subsequently suspended earlier this month. A PCB meeting on Saturday decided Hafeez will proceed to Chennai, India to have an unofficial test while Ajmal will do more remodelling work in Lahore. 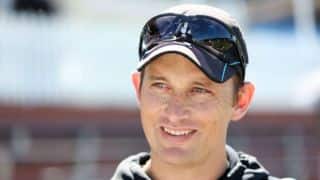 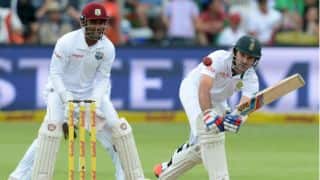