Ajmal's tests revealed his elbow flexed by 43 degree, exceeding the 15 degree limit by a big margin.

Suspended off-spinner Saeed Ajmal‘s chances to feature for Pakistan in next year’s World Cup were further hit Saturday after authorities decided he needed more time to remodel his bowling action. The 37-year-old was suspended from all international cricket after his bowling action was found illegal in a bio-mechanical test in September.

Pakistan Cricket Board (PCB) earlier this month requested the International Cricket Council (ICC) to have Ajmal’s action reassessed but had to delay that after his unofficial tests revealed he still needed remodelling. Ajmal has been remodelling his action with the help of former Pakistan off-spinner Saqlain Mushtaq.

Under the ICC rules all bowlers are allowed to flex their elbow by 15 degrees but Ajmal’s tests revealed his elbow flexed by 43 degree. Besides Ajmal Pakistan also faces race against time to get all-rounder Mohammad Hafeez cleared after his action was reported as suspect last month.

He was subsequently suspended earlier this month. A PCB meeting on Saturday decided Hafeez will proceed to Chennai, India to have an unofficial test while Ajmal will do more remodelling work in Lahore.

“The PCB committee discussed the future course of action to be adopted with regard to Ajmal and Hafeez and agreed that in the case of Ajmal, further remedial work should continue in collaboration with Saqlain and a bio mechanist in Lahore,” a PCB release said.

The delay means Ajmal may not be included in the 15-man squad for the February-March World Cup to be held in Australia and New Zealand. All 14 teams have to announce their final 15-man squad by January 7 next year.

“The group was informed that significant progress had been made by Ajmal who is now working on completing his ‘mileage’ with the remodelled action which shall soon be accomplished,” said PCB.  The PCB fully supports Ajmal in his attempt to regularize his action and to return to cricket as Pakistan’s top performer in the future, the release added.

“It was noted that Saqlain and Mushtaq Ahmed (Pakistan’s spin bowling coach) have both worked with Hafeez and his action should now be unofficially tested in Chennai next week,” said the PCB. If Hafeez clears the unofficial tests then the PCB will apply for his official reassessment with the ICC. 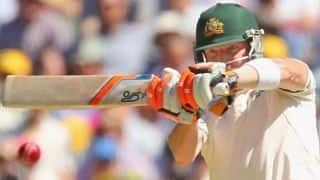 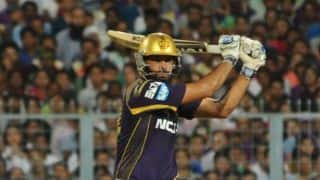 When Yusuf Pathan unleashed terror with a 22 ball 72