Salaam Sachin conclave: If father would have come back to life for even five minutes, he would have told Sachin to go and play, recalls Ajit Tendulkar

Salaam Sachin conclave: If father would have come back to life for even five minutes, he would have told S

Sachin Tendulkar's brother Ajit recounted the memories of the tough time he went through during the 1999 World Cup when their father Professor Ramesh passed away. Ajit spoke at India Today's Salaam Sachin conclave on Tuesday. 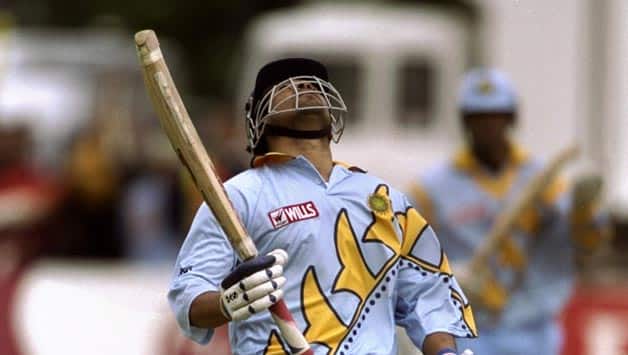 Sachin Tendulkar’s brother Ajit recounted the memories of the tough time he went through during the 1999 World Cup when their father Professor Ramesh passed away. Ajit spoke at India Today’s Salaam Sachin conclave on Tuesday.

“If father would have come back to life for even five minutes, he would have told Sachin to go and play the 1999 World Cup. Our father had suffered a heart-attack in May when Indian team was in Sri Lanka. At night, I told our father that Sachin will bat tomorrow and I will not tell him that you are not fine. Then I went back to our father and told him that Sachin got a ton and he was thrilled. We all felt he should go and play for India at the World Cup,” he said.

Ajit reflected on the 1999 ton against Pakistan at Chennai, “I think, Sachin would have won the game for India. I am not saying it was an important innings, but my favourite innings. When he came from the New Zealand tour, and I spoke to him. He said he was really tired and may not play against Pakistan. I was disheartened as he had a chance to play against Wasim [Akram] and Waqar [Younis]. In the first innings at Chennai, he was out for zero. The match reached an interesting stage on Day Four and he was batting on 20-odd. The wicket was tough and he went out to bat when India were six for two. I felt he had to help India win and perform for himself. That was a test of his nerve and skill.”

Ahead of his brother’s last Test Ajit said in India Today’s Conclave, “We did not have to do much for Sachin as he was disciplined from Day One. He was talented and also performed well. So, we did not have to do anything special and only see what he required from us. On the afternoon of November 18, it would be a different feeling. All of us in the family, we dream about his cricket, one we have shared. That will end, but it is finishing on a happy note. Most of his dreams have come true. I believe he has fulfilled the dreams of the Indian fans.”

Ajit said, “I will certainly watch this time. This is the last time and last opportunity for me to watch my brother. All our family members would be there.” When asked about arguments, he said, “Other than cricket, we do not talk anything else too much. Credit to Sachin as he heard me. He has faced toughest bowlers in difficult conditions. I watched on television and gave him suggestions. He took them in his stride. Not having gone to the ground and experienced, may be wrong on my part.”