Malik feels it is time for Pakistan government to enact similar law in Pakistan.

New Zealand government’s moves to enforce prison sentences for players found guilty of spot or match fixing has reportedly been backed by banned Pakistani cricketers Salim Malik and Mohammad Aamir. Malik, who is serving a life ban for match fixing, and Aamir, who is in the fourth year of a five-year ban for spot fixing, said that prison terms would help curb the menace of corruption.

Malik, who has pleaded innocence since being banned in 2000, said that he feels that it is a good move by New Zealand’s government and other cricket playing nations should also follow it. Malik said that he knows how much he has suffered because of this match-fixing stigma. He added that he feels it is time for Pakistan government to enact similar law so that cricket players can be clean of such allegations once and for all.

Aamir was banned for spot fixing in 2010 and is of the opinion that the threat of going to prison would deter players from being tempted to get involved with match fixing. Aamir said that it is a reality that some people try to lure players down the wrong path, and added that he has experienced it. Aamir also said that he feels such laws would definitely make players think twice about what they are doing and added that what he did was wrong and it has been hard going without cricket for all these years. But he said that he thinks more anti-corruption steps are required to clean up the sport. 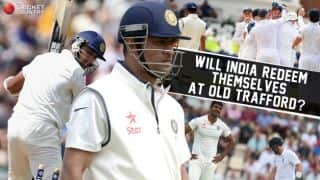