Butt, 31, said Amir will need to focus on his game.

Karachi: Former Pakistan captain Salman Butt said Friday his spot-fixing accomplice Mohammad Aamer will be in top form on his return to Test cricket, just like boxer Muhammad Ali was after his suspension from boxing. Pakistan take on England in the first of four Tests at Lord’s from July 14 with the focus on Aamer. He will play his first five-day match at the same venue where he, Butt and Mohammad Asif were caught in a sting operation in 2010. The trio had arranged deliberate no-balls in return for money during the Lord’s Test against England on Pakistan’s tour, resulting in a five-year cricketing ban and jail terms in the UK. Mohammad Aamer feels lucky to play in English conditions

But Aamer’s ban ended in September 2015, and he has since returned to the top of Pakistani cricket. Butt, 31, said Amir will need to focus on his game. “He has bowled well in limited over matches and can deliver,” he told AFP, adding that he did not see any areas where Aamer could improve. “Long lay-offs can hurt in many ways, but it depends on individuals and if they show the same hunger and determination – like Ali did in his forced lay-off – then one can succeed.” Misbah-ul-Haq: Mohammad Aamer can be the best

Three-time heavyweight champion Muhammad Ali, who passed away last month, was suspended from boxing from 1967 until 1970 after refusing to join the US war in Vietnam. However Butt admitted Aamer could face a hostile reception in England, saying he will “have to ignore” any enmity. “People will move on once he does well and doesn’t react.” Aamer, regarded as a rising star at the time of his ban, pleaded guilty in a UK court.

That pushed his return to domestic matches six months prior to the lifting of his international ban in September 2015. He has since played 13 limited over matches (two one-day and 11 Twenty20 internationals), during which he appeared to have lost none of his talent. “There are no doubts that he can be Pakistan’s key bowler against England across formats, just like on the tour of 2010,” said Butt.

As for himself, Butt said he also hopes to return to the international stage in the near future. Earlier in 2016 he scored 536 runs in the national one-day cup. “I am working hard and trying to perform in any type of cricket I play because that is the only road to get back into the team,” he said. Former head coach Waqar Younis had demanded Butt to be included in Pakistan’s side for the World Twenty20 in India earlier this year, but selectors rejected his request. Chief selector Inzamam-ul-Haq last month said Butt and Asif will only be considered once they perform in first-class cricket. 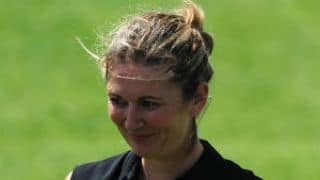