Disgraced former Pakistan captain, Salman Butt is keen on reviving his international career, whose appeal against a 10-year ban from all forms of cricket will come up for hearing at the Court of Arbitration for Sport (CAS) at Lausanne on Friday.

Disgraced former Pakistan captain, Salman Butt is keen on reviving his international career, whose appeal against a 10-year ban from all forms of cricket will come up for hearing at the Court of Arbitration for Sport (CAS) at Lausanne on Friday.

“It may be easy for some people to say that a five-year ban from cricket is all right but what they don’t realise is that for a sportsman like me this is like a lifetime ban,” Butt said in a statement issued by his lawyer, Yasin Patel on Thursday.

“The fact is that this entire episode has left me and my whole family shattered and disturbed,” he added.

Butt and Mohammad Asif are in Lausanne to appeal against the minimum five-year bans imposed on them by the ICC anti-corruption tribunal in early 2011 for spot-fixing during the fourth Test against England at Lord’s in August, 2010.

Asif’s appeal came up for hearing on Thursday but reports say that if CAS rejects their appeals, the disgraced players might have another two to three years added to their existing bans.

Pakistan’s then-captain, Butt, who was banned for 10 years with the possibility of a five year reprieve, will appeal against his ban tomorrow. Both the cricketers were also jailed by the crown court in London in 2011.

Butt, whose wife gave birth to their second son on the day he was jailed by the British court, said he wanted another opportunity to play for Pakistan.

“Cricket is my life and every single day that has passed has been so painful because I have not been able to play. All I want is an opportunity to get back into cricket whilst I am still young and I can still play well,” he said.

His lawyer, Patel also said in the statement that the ban was harsh on the 28-year-old.

“We are appealing the sanctions that were imposed upon us and they should not have been so high,” he said.

The Pakistan Cricket Board (PCB) has so far maintained a silence on the appeal hearings.

“This is a matter between the ICC and the players so we don’t want to make any comments at all,” an official said. 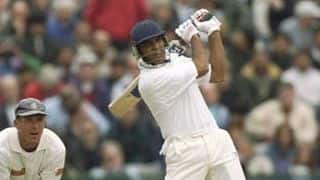 Mohammad Azharuddin: The magician who made batting look stunningly surreal