Pakistan will allow disgraced former captain Salman Butt and Mohammad Asif back into domestic cricket once they serve their bans for spot-fixing, the country’s cricket chief said Thursday. 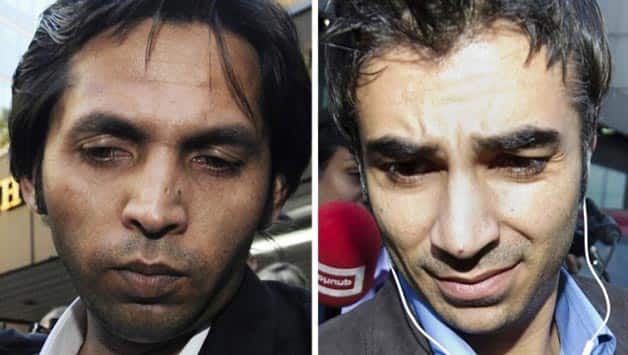 Pakistan will allow disgraced former captain Salman Butt and Mohammad Asif back into domestic cricket once they serve their bans for spot-fixing, the country’s cricket chief said Thursday.

Butt, Asif and team-mate Mohammad Aamer were banned for a minimum of five years by the International Cricket Council (ICC) after being found guilty of spot-fixing at the 2010 Lords Test against England.

On Wednesday, the Court of Arbitration for Sports rejected appeals from Butt and Asif. Aamer, who had pleaded guilty, did not appeal.

Butt was banned for 10 years, five suspended, and Asif for seven years with two suspended. Aamer’s five-year ban was the minimum the ICC could impose.

All three were jailed by a British court in 2011 but were released last year.

Pakistan Cricket Board (PCB) chairman Zaka Ashraf said Butt and Asif will have to serve their spot-fixing bans.

“They will have to serve it. Then we will include them in First-Class domestic cricket and see how they perform,” said Ashraf.

Butt on Wednesday vowed to revive his career.

“I have completed half of my punishment, so in 2015 I will be eligible to play and I am motivated and fit to revive my career,” Butt told a news conference.

Ashraf said no player should ever fix.

“If he does, he will destroy his future and bring a bad name, not only to himself but to his country,” said Ashraf.

Former captain Rashid Latif said Butt and Asif had a right to play after their bans “provided they are fit and have the will to play”.

“I would have been disappointed if they were let off,” Latif told AFP.

West Indies’ Marlon Samuels is the only player to return to international cricket after being banned for having links to a bookmaker. He was out of the game for two years, returning in 2010.

IPL 2013: Coca Cola tries to get one over Pepsi outside Feroz Shah Kotla