Panesar also believes vice-captain Moeen Ali should lead England in the third ODI with the series already in the bag.

Former left-arm spinner Monty Panesar is surprised at Sam Billings not featuring regularly in England’s ODI team, saying he expects him to be an automatic selection in the top six after his exploits against Ireland. Billings has only played 16 ODIs and 26 T20Is since making his debut in 2015.

The 29-year-old has scored unbeaten 67 and 46 in the first two ODIs against Ireland after being drafted into the team following a back injury to Joe Denly.

“Whenever Billings is playing in on the crease in an ODI he looks very comfortable. It surprises me that why isn’t he in the line-up,” Panesar, who has taken 167 wickets in 50 Tests, said in Sportstiger’s show ‘Cricket Talks with Monty Panesar’.

“He should be an automatic selection in the top six for the team. Now, with these performances, I would expect him to be there for sure.”

Panesar also believes vice-captain Moeen Ali should lead England in the third ODI with the series already in the bag.

“I would like to see Moeen Ali captain the 3rd ODI. I think he is naturally more of a leader than a vice-captain. Even Eoin Morgan can be rested or try a change in captaincy and see what Moeen Ali’s captaincy is like,” the 38-year-old said.

He said the third ODI will be an opportunity to test England’s bench strength. “It’s an opportunity to play some of the youngsters and see what they are like and I think this is the perfect chance during the 3rd ODI.”

Panesar said Ireland will have a lot of learning to take from this series, especially when playing against Test-playing nations.

“Ireland will learn a lot about their cricket, where it stands at the moment and where it needs to go. One area of concern is that they keep getting out to left-arm seam bowling of David Willey and Reece Topley,” he said.

“So, they have not really worked out a game-plan. Irish cricket will always come up with some sort of struggles against the bigger nations. So, they will have to work out a game plan for that and also how quick learners are they.” 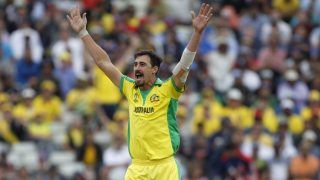