Sam Curran will join his elder brother Tom in the 2017-18 Australia Tri-Series from February.

Sam Curran is all set to join his elder brother Tom in the 2017-18 T20I Tri-Series from February. With Joe Root opting out of the tri-series, Sam has been called in as replacement. He would be a cover for Ben Stokes, who will not be a part of the tri-series before court hearing on February 13. Tom had started his T20I journey against South Africa last year and already has 6 wickets to his name from 3 matches at 16.83.

Sam, on the other hand, has played 43 T20 matches and scalped 40 wickets at 28.45. He was a hit in New Zealand’s Super Smash tournament at Auckland where he finished with an average of 26.16 with the bat that also included a half-century.

He also bagged nine wickets from nine matches. He burst into the scene since his stint with Surrey in 2015. David Willey was once again overlooked after his poor run in 2017 in ODIs and T20Is. Meanwhile, Reece Topley and Tymal Mills are having fitness concerns, as reported on Cricbuzz. 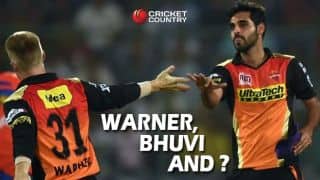 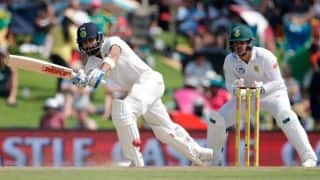