Married to Sayantan in 2008, Anindita has alleged that her husband repeatedly assaulted her.

Former Ranji winning Bengal captain Sambaran Banerjee along with his son and wife has been accused of torturing his daughter-in-law Anindita Banerjee for dowry. She has filed a police complaint under the relevant anti-dowry laws, police said Thursday.

In her complaint filed with the Jadavpur Police Oct 24, Anindita has accused her husband Sayantan, father-in-law Sambaran and mother-in-law Apu of physically and mentally torturing her and demanding dowry.

We have registered a case against the trio under various sections of the Dowry Prohibition Act, Officer-in Charge of Jadavpur police station V.K. Singh told IANS.

“We have initiated investigation in the matter but the complainant currently is out of the country. When she comes back we will record her statement and if need be we will make arrests,” added Singh.

Married to Sayantan in 2008, Anindita has alleged that her husband repeatedly assaulted her physically during their stay in Dubai in 2009 and the ordeal continued even after coming back to the city. 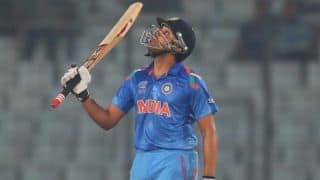