It was a star-studded night at the Professional Cricketers’ Association’s (PCA) awards ceremony in England last evening. Samit Patel and Natalie Sciver took top spot in respective categories for best male and female Player of the year award. Patel edged past Kumar Sangakkara, who has a phenomenal run for Surrey. Essex’s Jamie Porter was also awarded for his bowling performance and named Young Player of the Year and also County Championship Player of the Year.

Patel scored 539 runs at 67.37, including two hundred and three half-centuries for Nottinghamshire in one-day competition.

Leading this side to their maiden- T20 Championship run, Patel scored more than 400 runs and also bagged 16 wickets. He ended up scoring 906 runs, and picking 19 wickets in Division Two County Championship as Nottinghamshire finished second.

“It’s a great honour to be voted by your peers. It’s a great feeling and it demonstrates how well we have done as a team and individually this season. I’m a little bit surprised actually. To be up there with a world-class player like Sanga, with the amount of runs that he scored in a short amount of time, is a privilege in itself. I’ve never been up there for Players’ Player before, so to win it is unreal really. I’m really happy and chuffed to bits,” Patel was quoted by Cricbuzz.

Natalie, who bagged Women s Player of the year award was monumental in England’s ICC Women’s World Cup 2017 success. She scored 369 runs at 46.12, while taking 7 wickets.

“Nothing can take away from that day at Lord’s and just being there with the whole team and the girls who didn’t quite make the 15 so we were there as a squad. This caps off a brilliant year for us and hopefully we can produce a few more brilliant years. To be voted by my peers is a really nice feeling. There are a few other players who could have been nominated as well. It was a performance by the full 15 in the squad, so I am very lucky, “Natalie said. 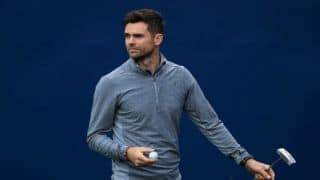