The encounter will be the first of its kind in Qatar.

Sanath Jayasuriya and Brian Lara will lead their sides in an exhibition T20 between Asia XI and World XI to be held on October 6 at the West End Park Cricket Stadium in Doha, Qatar. Other well-known cricketers from around the world are also scheduled to take part in the game.

According to Island Cricket, the Eid Cricket Festival is also set to include other players from Sri Lanka, with the likes of current head coach and former captain, Marvan Atapattu, Chamara Kapugedera and Angelo Perera. India’s Aakash Chopra is also set to feature in the Asia XI squad along with Tamim Iqbal of Bangladesh, Rashid Latif and other cricketers from Pakistan.

On the other hand, the World XI team will see the likes of Herschelle Gibbs from South Africa, England’s Owais Shah, Australia’s Damien Martyn and the South Africa-born Dutch player Ryan Ten Doeschate. This will be the first such match in the country, which will comprise of high-flying international cricketers from all-around the world.

The match is being organised by Qatar’s Ministry of Youth and Sports and West End Park. During a press conference on Wednesday, chairman of the West End Park, Mana Ibrahim Al Mana said, “The Eid Cricket Festival will be the first time such an array of international talent has come to Qatar. I’m excited to see players of the calibre of Lara and Jayasuriya in the flesh for the first time and I know the public will be equally pleased.” 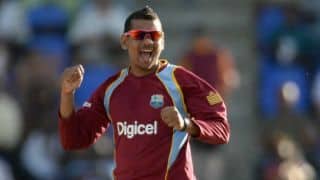