The ICC has given Jayasuriya 14 days with immediate effect (October 15) to respond to the charges.

Sri Lankan great Sanath Jayasuriya has been charged by the International Cricket Council (ICC) with two counts of breaching its Anti-Corruption Code.

In a release Monday, the ICC charged Jayasuriya under Articles 2.4.6 and 2.4.7 which pertain to “failure of refusal, without compelling justification to cooperate with any investigation carried out by the ACU, including failure to provide accurately and completely any information and/or documentation requested by the ACU as part of such investigation” and “obstructing or delaying any investigation that may be carried out by the ACU, including concealing, tampering with or destroying any documentation or other information that may be relevant to that investigation and/or that may be evidence or may lead to the discovery of evidence of corrupt conduct under the Anti-Corruption Code.”

The ICC has given Jayasuriya 14 days with immediate effect (October 15) to respond to the charges. The press release stated that the ICC will not make any further comment in respect of these charges at this stage.

Jayasuriya, 49, played 110 Tests, 445 ODIs and 31 T20Is for Sri Lanka in a distinguished international career that ran from 1981 to 2011. He held the post of Sri Lanka Cricket’s chairman of selectors until last year. 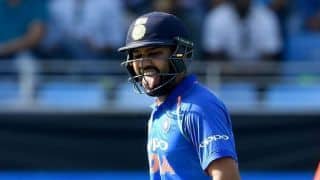