Lasith Malinga, Suranga Lakmal and Thisara Perera are all recuperating from injuries.

Sri Lanka’s chairman of selectors Sanath Jayasuriya has said that the hastily-arranged five-match ODI series in India, to be held in early next month, will help the fringe players prove their worth before next year’s World Cup.

After the West Indian players abruptly pulled out of their tour of India last Friday over pay disputes, Sri Lanka Cricket accepted India’s invitation to play a five-match series from November 1.

“This is an ideal opportunity for some of the bowlers who have been around to grab their chance by performing against a top team like India,” Jayasuriya was quoted as saying in ESPNCricinfo.

“These players have been in the system for some time and thrown into the deep end we can see how they cope with the pressures,” he added. Three Sri Lankan seam bowlers have been recuperating from injuries. While Lasith Malinga is recovering from surgery on his ankle, Suranga Lakmal has just started rehabilitation work after a stress fracture to his ankle sustained during the South Africa series in July. Thisara Perera is recovering from a hamstring injury he picked up during the Champions League Twenty20 last month.

“Malinga has already begun rehabilitation work, and with 16 weeks left for the World Cup, we are hopeful he will be fit. Perera is not training at present,” said the former Sri Lanka skipper. Jayasuriya also said that the upcoming series is expected to benefit batsmen like Lahiru Thirimanne, Dinesh Chandimal and Niroshan Dickwella, who have been performing well for Sri Lanka A in the ongoing unofficial Test series at home against West Indies A.

“It is high time these batsmen took on the responsibilities and performed without leaving everything to the experienced players. At the moment apart from the players involved in the Sri Lanka A series with West Indies A, the rest of the players are undergoing physical training. They will need at least 5-6 strenuous batting sessions to be prepared for the Indian series,” he said.

Sri Lanka last played an international series in August, against Pakistan at home. They were earlier not suppose to play till mid-November when England were to play seven one-dayers. 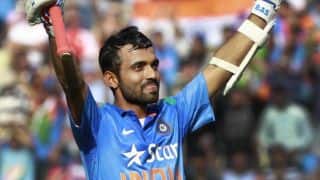 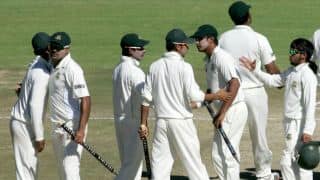 Bangladesh include uncapped Jubair Hossain for 1st Test against Zimbabwe