Sania was born in Maharashtra, settled in Hyderabad, married to a Pakistani cricketer and currently lives in Dubai.

Sania Mirza, the Indian tennis-star and the wife of former Pakistan captain Shoaib Malik was criticised by BJP leader K Laxman on Thursday. He criticised The TRS government’s decision to appoint tennis star as the brand ambassador of the newly created state Telangana by terming her as the “daughter-in-law” of Pakistan.

Sania born in Maharashtra, settled in Hyderabad, is married to a Pakistani cricketer and currently lives in Dubai. So according to Laxman she is a “non-local”. The 27-year-old tennis player had never participated in the agitation for a separate state of Telangana, said Laxman. He also accused the Telengana government of taking this step with an eye on the minority community votes in upcoming elections to the Greater Hyderabad Municipal Corporation.

On Wednesday, Sania was given Rs 1,00,00000, Chief Minister K Chandrasekhar Rao appointed her as the brand ambassador of Telangana and described her as a daughter of Hyderabad. “Telangana is proud of Sania who is a true Hyderabadi. She’s now ranked number five in international tennis and we wish she becomes the number one,” the chief minister said Wednesday.

However Sania reacted to this controversy through Twitter. She tweeted, “I am married to Mr. Shoaib Malik, who is from Pakistan. I am an Indian, who will remain an Indian until the end of my life.” Interestingly she is related to three former Test captains Asif Iqbal, Ghulam Ahmed and Shoaib Mailk. Ghulam Ahmed was her grand uncle and Asif Iqbal is her uncle. 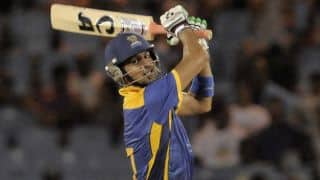 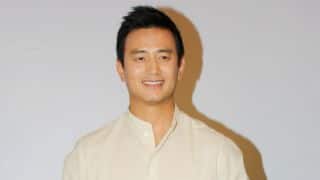