Bangar will coach a young Indian side on the tour of Zimbabwe and will be supported by ODI, T20 Captain MS Dhoni.

Sanjay Bangar has been appointed as the head coach of India by the Board of Control for Cricket in India (BCCI) for the upcoming series against Zimbabwe. The tour which will begin from the June, 8th will comprise of 3 One-Day International (ODI) matches and 3 Twenty20  Internationals (T20I) which will be played in Harare. The choice for the BCCI to go with Bangar as the head coach wouldn’t have been a tough one, keeping in mind his previous stints as a coach. Bangar has coached India A in the past and has worked as a batting coach for many teams as well. His selection as a coach for the young Indian side touring Zimbabwe might be a great boost for the team. ALSO READ: Sanjay Bangar named India coach for Zimbabwe tour

Bangar, was in 2014 named the assistant coach of  Kings XI Punjab (KXIP) for IPL 2014 and was soon promoted as head coach . Under his stint  KXIP reached the final of the tournament that year, eventually  losing to Kolkata Knight Riders (KKR) in the final, but had a successful campaign overall. In the same year, Bangar was named India’s batting coach after series defeat against England. Bangar will be supported well by India’s T20 and ODI captain Mahendra Singh Dhoni who was keen on going to Zimbabwe along with a young team.

Bangar will be happy to have a young team on board, full of energy and ready to make a mark in the international arena. Meanwhile, Bangar will be assisted by former cricketer Abhay Sharma who the BCCI have named as the fielding coach for the tour. 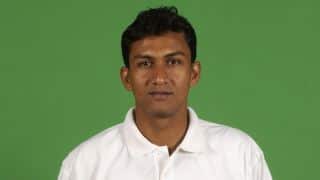 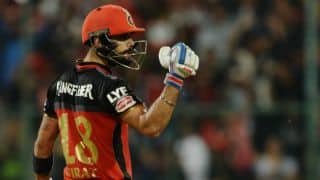 Virat Kohli ahead of Lionel Messi, Novak Djokovic as most marketable player