The BCCI Secretary was interrogated by Mumbai Police about the Zinta molestation case.

“I was in Mumbai today and Mumbai police asked me whether I can come and meet them. I said yes. They asked me whether I have anything to say regarding the incident (between Zinta and Wadia). I said I don’t know anything as I was not present there when the alleged incident took place,” he said. “I told them (police) that I only came to know about the alleged incident only later on,” he added.

The 39-year-old actress had filed a police complaint on June 12 night alleging she was molested by Wadia (44) at Wankhede stadium on May 30 when an Indian Premier League (IPL) 2014 match was played between Kings XI Punjab and Chennai Super Kings. Wadia has termed the accusations as “false and baseless”.

In her written complaint to the police, Zinta had alleged that Wadia publicly humiliated her on several occasions, including once at an IPL auction. Based on Zinta’s written complaint, Marine Drive police registered an FIR against Wadia under several sections of IPC relating to outraging the modesty of a woman and criminal intimidation. 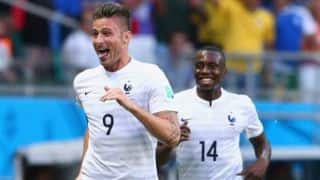