Sanjay Patel said there have been misconceptions about proposed draft paper.

Sanjay Patel, Board of Control for Cricket in India‘s (BCCI) secretary gave his views on the much talked ‘Big Three’ proposed draft that has received widespread flak from all quarters in recent times.

“There were a lot of misconceptions… and it was a very good position paper read by, considering India’s position in the real perspective rather than what has come out. I would like to say one thing that what has been mentioned that it is a power game that we have been playing, but it was absolutely nothing regarding the power. The role of leadership required at the ICC is to be provided by the three big contributors, that is India, England and Australia. Our being the major contribution in cricket as well as financial thing, it has been agreed by almost of us regarding the financial that we are entitled for that. Unfortunately in the past, nobody thought of it. It was the unfortunate part in the history of the BCCI,” as stated by Patel in press conference.

“You cannot call it a protest, it was a deliberation they required. Complete freedom was provided to all the members to discuss at length. Some of the full members preferred that they wanted to go back to their board and inform them about the reality. But visibly the entire issue of the financial model, leadership and the governance has been accepted by all of them.

“We heard that something has been declared by the Pakistan Cricket Board (PCB), let me tell you that we are not worried about the issue of individual number as far as majority members have agreed, our intention is to take into confidence all the full members, and we have assured them that we are not taking away anything that they are getting presently, and it will be a better solution in terms of the financial model and governance.

Patel disagreed that the draft was more from an commercial angle by saying, “The commercial angle is not the major part, the preference has also been given to the governance part. Like for example, lot of people are discussing over what is the contribution in terms of financial terms of India and what we are asking for. Out of generating more revenue, developing countries who will also get something more in double than what they are getting.”

“For example, anywhere the revenue is to be shared, be it our family revenue, like who is contributing should get more than what they should be getting. Like earlier we used to get four per cent, and though we were responsible for… we were generating 60-70 per cent of the revenue. In that aspect, it is absolutely fair, and by thinking that the governance model be joined with that, we are expecting that the overall cost revenue which is more than double will be there. And the cricket part can be taken care of by the revenue generated by utilising the brand-generated revenue. You can also claim it to be due to good governance.”

He concluded, “There are developments, there are so many examples that I am not going to get into details but look at Test cricket. We know Test cricket is not so commercially good but everybody likes Test cricket. There is a special fund that has been provided. All the nations will get the special fund apart from the top three so that there is no loss of revenue or something like that.” 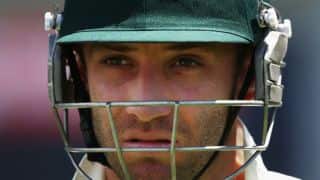 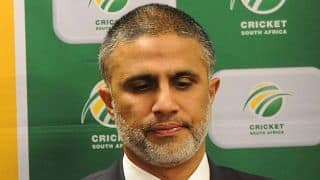