West Indies Head Coach Ottis Gibson says the spin bowling clinic being conducted by former Pakistan off-spin bowler Saqlain Mushtaq is crucial to the development of a number of players in the region. 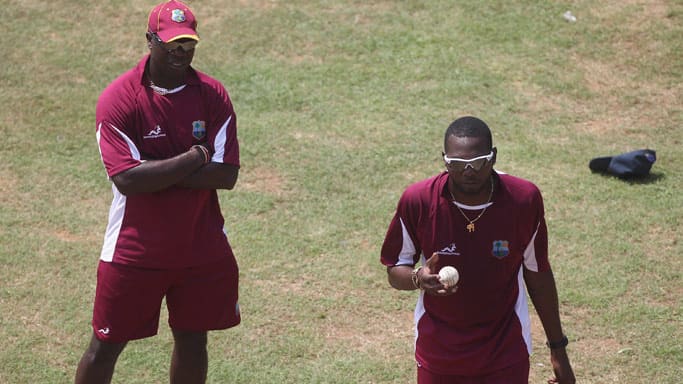 West Indies Head Coach Ottis Gibson says the spin bowling clinic being conducted by former Pakistan off-spin bowler Saqlain Mushtaq is crucial to the development of a number of players in the region. A group of senior and emerging spinners have been benefiting from the sessions at the Sagicor West Indies High Performance Centre at the University of the West Indies. A number of West Indies sides will be taking to the field of play in the next few months and spin bowling could play a key role in their bid to overcome opponents. “One of the things that has disappointed me since I have been appointed West Indies head coach — and this is through no fault of anyone — is that the fast bowlers have had a lot of support and we had a fast bowling clinic but we haven’t had any specialist training for spinners,” said Gibson on Friday. “I may be a bowling coach, but Saqlain is an expert in spin bowling, and when I spoke to him about the opportunity to come across and pass on his knowledge – the way I have passed on to the fast bowlers what I learnt from someone like Malcolm Marshall – it was clear it was the right thing to do.” West Indies A start a tour of India this week followed by the West Indies Women in an international home series against New Zealand and England that also includes a tri-nation Twenty20 tournament. The senior West Indies men’s side head to India at the end of October for a series of two Tests and three One-day Internationals before flying to New Zealand for three Tests, five ODIs and two T20Is. In between, the West Indies Under-19s also host Bangladesh for a series of seven One-day Internationals in Guyana. “For Saqlain to come and pass on the knowledge that he would have acquired from someone like, maybe, (Pakistan leg-spin legend) Abdul Qadir and other great spinners was an opportunity that I felt if I could make it happen, it would be something special for our players,” said Gibson. “I have been attending the clinic over the last few days and I have been in the sports hall and I have seen how the players are responding to him and I know that it has been something well worth doing.” Left-arm spinner Veerasammy Permaul and off-spinner Ashley Nurse both attended the clinic last week before flying out to India for the A-Team series. Other attendees include Windies off-spinner Shane Shillingford and leg-spinner Devendra Bishoo, as well as Windies Women’s trio of Anisa Mohammed, Shaquana Quintyne and Stafanie Taylor, and Windies Under-19 selectees Gudakesh Motie-Kanhai and Ramaal Lewis.