Speaking to PakPassion.net, Saqlain Mushtaq confirmed that he is now set to provide his insight into the art of spin bowling in a training camp for West Indies players in Barbados. 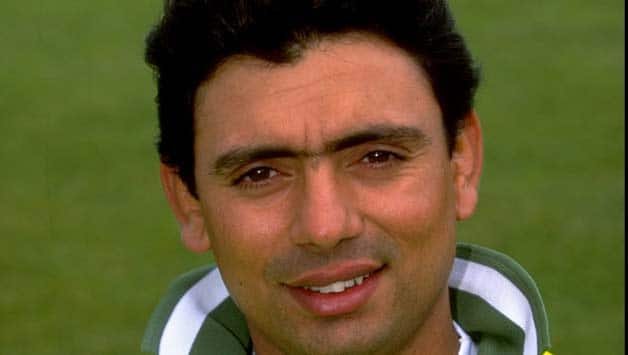 Saqlain Mushtaq, the Pakistani off-spinner, is generally credited with the discovery of the much acclaimed “Doosra” delivery and some of the most memorable moments of Pakistani cricket. His outstanding record for Pakistan is a matter of pride for his countrymen. His international career spanned 49 Test matches and 169 One-Day Internationals (ODIs), in which he picked up 208 and 288 wickets respectively, finishing with a Test average of 29.83 and an ODI average just under 22. With these incredible figures in a career hampered and later cut short by injuries, he also has the distinct honour of being the fastest Pakistani bowler to reach 100 Test wickets as well as 100, 150, 200 and 250 ODI wickets.

With experience of that calibre to back his proven coaching skills, it is no surprise that Saqlain is in great demand throughout the world. Speaking to PakPassion.net, Saqlain confirmed that he is now set to provide his insights into the art of spin bowling in a training camp for West Indies players in Barbados.

“Otis Gibson the West Indies head coach, on behalf of the West Indies Cricket Board, asked me to work with the West Indian spinners and I had no hesitation in saying yes. It’s a new challenge for me and one that I’m really looking forward to,” stated Saqlain.

In today’s version of the game, spinners have a lot more purpose than just restricting scoring and taking the odd wicket. They are frequently used to open the bowling in T20 Internationalss and with all of their variations, often make life extremely difficult for batsmen. In Barbados, Saqlain would be mentoring budding players like Samuel Badree as well as world class ones like Sunil Narine — a fact that he recognises as an honour and a challenge, “I’m looking forward to working with the West Indian spinners in Barbados next month. The West Indies has always been famous for producing great fast bowlers over the years but now they are also producing some excellent spinners like Narine and Badree and I hope to develop that talent.”

It stands to reason that Saqlain’s trip to the West Indies could help make players like Narine even more formidable and improve their skills. Exactly why the PCB have failed to utilise the ability and experience of one of their greatest assets is a question on the minds of many and Saqlain is justified in expressing his concerns on this issue stating “I’ve worked with a number of cricketers around the world and for various Boards and have always maintained that I am willing to help Pakistani cricketers and the PCB in any way. I would love an opportunity to work with Pakistan’s spin bowling talent irrespective of experience and age.”

In the meantime, the West Indies would be looking forward to further improvement in their fortune with the inventor of the “Doosra” in their midst. Exactly how that translates in improvement of their standings in international cricket is a question to be answered when they play their next series against New Zealand in December. Andy Bichel: A fine cricketer who unfortunately spent most of his time as Australia’s 12th man