Sarah Taylor said playing Australian first-grade cricket was the hardest thing she did on a cricket field, but was equally rewarding.

Sarah Taylor, England s woman cricketer has expressed that her featuring in men s cricket in Australia has helped her tremendously. In October, Taylor became the first woman to play in Australian first-grade cricket. Her team was Adelaide s Northern Districts (aka Jets) which was led by Mark Cosgrove. In a conversation with BBC Sport she said, “It was intense, probably one of the best experiences of my life, and the hardest. The guys were absolutely brilliant. I have to thank Mark Cosgrove and the Jets for everything they did. It was the hardest thing I’ve done on a cricket field, but equally as rewarding.” READ: Sarah Taylor becomes first woman to play in men s grade cricket in Australia

Talking of her debut she said, “I thought there were going to be some negatives, a bit of banter thrown around but there was absolutely none of it. It was purely ‘she’s been picked on merit’, even the guys said in the changing room ‘she’s good enough to be here and we want the best XI on the field’. They didn’t care that I was a woman, you should have heard some of the language I had to listen to – they honestly did not care that I was there! There was an old guy who was watching on the side and when I came off he said he didn’t even realise I was a girl. I think that for me was the best sentence I heard for the entire time. All he saw was my keeping and he had no idea I was a girl, he thought I was just another keeper.” 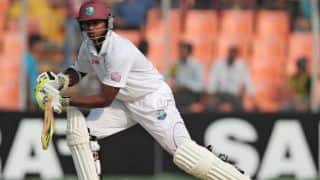