Many hearts were broken as one of the most eligible bachelors, Kohli, got married. In list was England Women's Danielle Wyatt, who had openly proposed Kohli to marry her.

While most were happy with the cricket-Bollywood union that happened with Virat Kohli, Anushka Sharma‘s wedding, many hearts were broken as one of the most eligible bachelors got married. In list was England Women‘s Danielle Wyatt, who had openly proposed Kohli to marry her. Earlier, she had also expressed her excitement after being put in team of the week right after that along with Kohli. Now, as the wedding took place, Danielle’s England teammates did not let this opportunity go and pulled her leg.

Danielle’s teammate Sarah Taylor took to Twitter to tell her that she had been a bit too late as Kohli’s ship has already sailed with Anushka. However, Danielle took it sportingly, getting back at Sarah.

Kohli and Anushka’s wedding was the talk of the town as, after many rumours, the couple tied the knot in Tuscany, Italy on December 11. The ceremony was witnessed by very few of the two celebs’ close friends and family. They will host a reception for their extended family on December 21 in Delhi and another where the friends from both their professional fields will join, on December 26, in Mumbai. 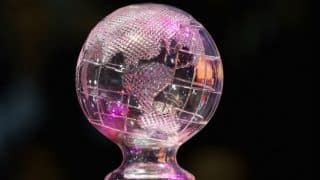