Sarfaraz Ahmed admits Pakistan will focus on winning, not on ranking

Sarfaraz Ahmed admits Pakistan will focus on winning, not on ranking

Under Sarfaraz Ahmed's captaincy Pakistan have won 19 matches and lost only three.

Pakistan are set to take on Zimbabwe in the opening match of the series at Harare Sports Club, Harare. Sarfaraz Ahmed, who took the captaincy since 2016 and turned the fortunes for the team, admitted that the team’s focus is on winning the tournament: “Definitely ranking is very important, but we are not thinking about it. When I was announced as a captain, we were at number seven. We were not thinking about going to number one and we went up, up, up. Here we are thinking about playing good and positive cricket and to win the tri-nation series.”

Under Sarfaraz’s captaincy Pakistan have won 19 matches and lost only 3, which gives them a win-loss ratio of 6.33. They even have won 7 consecutive T20Is this year. This includes winning a series against New Zealand after losing the first match, whitewashing West Indies at home and thrashing Scotland 2-0.

Talking on the same, Sarfaraz said: “The T20I team is playing good cricket especially from the last two years. Our combination is very good. We have very good youngsters and senior players. We all are being very good especially in the fielding and batting which is why we are on the right track.”‘

With the big names like Graeme Cremer, Sikandar Raza, Brendan Taylor, Sean Williams and Craig Ervine missing, Hamilton Masakadza was announced as the captain. “If you think about T20 cricket, you cannot underestimate any team,” said Sarfraz. “They are a young team and they have a couple of good players. We are not going to take them lightly and we are going to play at our full strength … The Zimbabwe side is very good with some good players. Hamilton Masakadza is a very senior player. Chamu Chibhabha. Elton Chigumbura is back. The first game of the tour is very important. We will try our best to play our best cricket and win the match as well.” 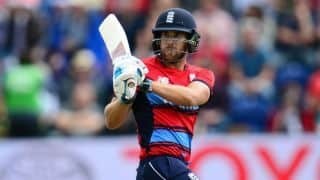 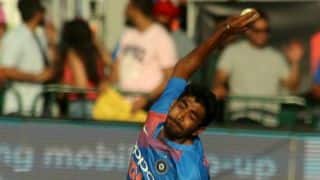