According to GEO TV, the PCB has chosen Shan Masood to lead Pakistan in Tests.

Sarfaraz Ahmed has been stripped of the captaincy of Pakistan‘s Test team, according to reports in Pakistan’s media, with the Pakistan Cricket Board (PCB) having reportedly decided on his successor.

As per reports by new channel GEO TV, the PCB has removed Sarfaraz as Test skipper and chosen opener Shan Masood to replace him.

Masood, 29, has played 15 Tests and five ODIs for Pakistan.

As per GEO TV, the matter of Pakistan’s Test captaincy will be discussed at the PCB’s Cricket Committee meeting in Lahore on August 2.

The decision to remove Sarfaraz comes after he led them to a fifth-place finish at the ICC Cricket World Cup 2019, where Pakistan missed out on the semi-finals.

Speaking to reporters on July 7 after returning from England, Sarfaraz had said that he had no plans of stepping down as captain. Whether he is retained as captain of Pakistan’s ODI and T20I teams remains to be seen.

Pakistan are ranked seventh in Tests, sixth in ODIs and No 1 in T20Is. 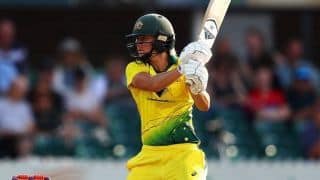