Exclusive: 'India Have Best Team In World & I Am Ready To Play For It', Sarfaraz Khan Oozes Confidence After Successful Domestic Season

Exclusive: 'India Have Best Team In World & I Am Ready To Play For It', Sarfaraz Khan Oozes Confidence Aft

In an exclusive interview, young Indian batter Sarfaraz Khan said that he is ready to play for the Indian cricket team after achieving huge success in domestic cricket for Mumbai.

New Delhi: Sarfaraz Khan has been around in the Indian cricket circuit for a while now. Coming from the hub of Indian cricket, Mumbai, he first rose to prominence while playing for India in the Under-19 World Cup in UAE in 2014. He announced himself to the world with 211 runs in six games at an average of 70.33 in the World Cup and recently scored a century against Madhya Pradesh in the Ranji Trophy 2021-2022 final which clearly shows his progress over the years.

Mumbai lost the final of the tournament despite Sarfaraz Khan’s century and the batter also felt disappointed after the match. “Our job is to play good cricket. Things will be good for us sometimes and we will struggle at times but we should always follow our process which will eventually reap rewards,” said Sarfaraz Khan in an exclusive interview with Cricket Country.

He stated, “My father has always told me that I should follow the process. If I follow that properly, the rest of the things will fall into place automatically. I only focus on my performances. My father has trained me well for the swing ball in the last 4-5 years and my technique is perfect now, so I don’t think I have a weak spot in my cricket right now.”

Like any other Indian cricketer, Sarfaraz Khan also wants to play for Team India. He idolises Sachin Tendulkar and tries to learn from other great batters such as AB de Villiers as well.

He said, “Sachin Tendulkar has always been my idol. I have been following Sachin sir since childhood. I like Rohit Sharma and Virat Kohli as well. Even I love watching AB De Villiers as well and try to learn from him. I met Sachin sir during an indoor cricket event and talked to me too. I was just 10-11 years old at that time and felt really proud.”

Sarfaraz Khan feels that India still have the best cricket team in the world despite dismal performance in the ongoing Asia Cup 2022 and he is ready to be a part of it. India crashed out of the tournament after losing back-to-back games against Pakistan and Sri Lanka, respectively in the Super 4 stage of the Asia Cup.

Sarfaraz Khan also backed Indian fast bowler Arshdeep Singh, who was at the centre of criticism after the team lost the first match of the Super 4 stage against Pakistan. The Indian bowler dropped a catch in the 19th over of the match and faced a lot of trolls and criticism on social media after the match.

“We cricketers don’t think a lot about what other people are saying about us. These things don’t affect us at all. ”

Sarfaraz Khan is currently playing for India A against New Zealand A and will look to score big runs to grab the eyes of selectors once again. 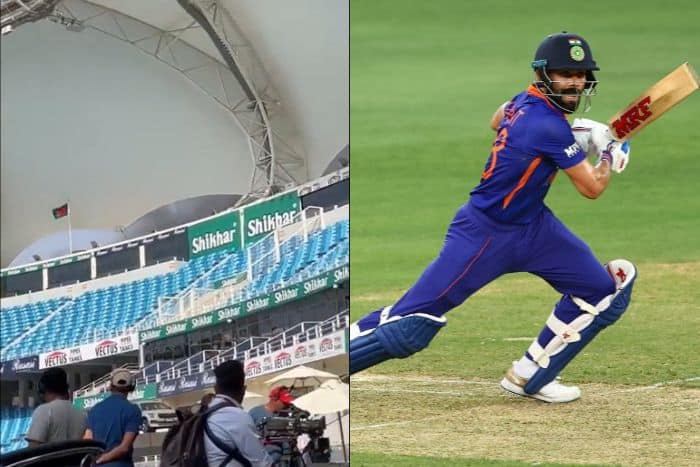