Sarfraz Ahmed admitted that he is expecting his side to carry on the momentum from their recent wins from their tour of England.

Pakistan Twenty20 (T20I) skipper Sarfraz Ahmed has called on his side to perform to their absolute best to beat reigning ICC World Twenty20 (WT20I) champions West Indies in the three-T20I series starting on September 23 in Dubai. Pakistan will head into the series after recording two successive victories. They won the last One-Day International (ODI) of the five-ODI series against England at Cardiff before ending the tour on high with a nine-wicket win over England in the one-off T20I match at Old Trafford in Manchester.

Sarfraz admitted that he is expecting his side to carry on the momentum from their recent wins. Downplaying that the absence of West Indies key players Chris Gayle and Andre Russell would provide Pakistan with an advantage, the 29-year-old insisted that they are just focusing on their game and starting the series on a positive note.

Sarfraz, however expressed his confidence about the upcoming series saying that the Pakistan T20I squad consists of some young players who have potential to do well. Echoing similar views, coach Mickey Arthur also hailed his team’s skills and said they are ready to face the upcoming challenge. ALSO READ: Pakistan’s Sarfraz Ahmed delighted to end England tour on high note

Arthur warned Pakistan not to take West Indies side lightly, saying that the conditions in UAE are quite similar to that of West Indies and therefore the opposition could turn out to be really formidable. Besides T20Is, Pakistan will also play three ODIs and three-Test series against West Indies, starting from September 30 in Sharjah. 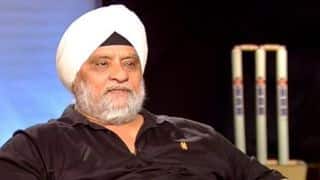