Sri Lanka skipper Dinesh Chandimal raised a few eyebrows when he cited witchcraft as reason behind his Sri Lanka’s success in the two-Test series against Pakistan at UAE. However, Pakistan skipper Sarfraz Ahmed has brushed aside the Chandimal’s claims. Sarfraz admitted that Pakistan lost the series due to poor batting. Chandimal has said that the Sri Lankan players had sought blessing from a sorcerer before the Test series against Pakistan, and that it had allowed them to make a clean sweep. Although Sri Lanka won the Test series clean, they were badly beaten in the ODI and T20I series, losing 0-5 and 0-3 respectively. SLC, Chandimal deny witchcraft helped in PAK Tests whitewash

“We lost the two Tests because of our poor batting and that is all. If they could win Test matches because of witchcraft or magic, then they should have also won the ODI and T20 series. I believe in the holy Quran and also that there was magic in the world, but in the Test series we just batted badly and lost chances to win,” said Sarfraz, as reported by PTI. Dinesh Chandimal: Witchcraft helped us win Tests against Pakistan

“Don’t mix cricket with such things. Pakistan’s planning was bad and they messed it up,” added Mohammad Yousuf.

(Ayush Gupta is a reporter at CricketCountry. A passionate supporter of Manchester United, he idolises Roger Federer and is also a World Wrestling Entertainment (WWE) maniac. He can be followed on Twitter @Ayush24x7)
First Published on November 2, 2017 5:11 PM IST
Last updated on November 2, 2017 8:54 PM IST 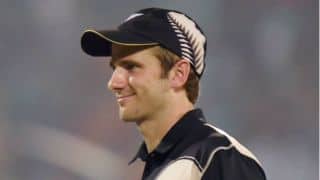