Sarfraz Ahmed has welcomed the announcement of revival of international cricket in Pakistan.

Lahore: Sarfraz Ahmed has welcomed the announcement of revival of international cricket in Pakistan, saying that the arrival of three foreign teams later this year will serve as a good omen for the nation’s cricket and its fans. The World XI squad will tour Pakistan for the three-match T20 series in September this year before Sri Lanka and West Indies are also more or less confirmed to visit the country for bilateral series. “It is good news that the World XI will be visiting Pakistan next month [for three T20 matches]. Similarly, arrival of Sri Lankan team [in October] and then that of West Indies [in November] are also important for Pakistan cricket and its fans,” the Dawn quoted Sarfraz as saying. Paul Collingwood interested in World XI T20 series in Pakistan

On Monday, the revival of international cricket in Pakistan received a major boost when Pakistan Cricket Board (PCB) chairman Najam Sethi had revealed that Sri Lanka and West Indies boards had given their approval to visit the country for T20 games on successful holding of the World XI matches. And the 30-year-old believes that it would be a golden chance for the young Pakistan players to play international matches in front of their home crowd which would in turn also help in boosting their morale. Hashim Amla or Faf du Plessis to lead World XI in Pakistan?

“Our youngsters will get a golden chance to play international matches [against World XI, Sri Lanka and West Indies] before their home crowd which will definitely boost their morale and confidence level,” Sarfraz said. “Prominent cricketers will be part of the World XI side coming to Pakistan. Therefore, I am expecting close competitions against them,” the skipper further said. SL players approached for participation in World XI series in PAK

It should be noted that no Test side has toured Pakistan since March 2009 militants attack on the Sri Lankan cricket team bus in Lahore, killing six Pakistani policemen and injuring some of the visiting players. However, low-ranked sides, namely Afghanistan and Zimbabwe, had toured the country for a limited-over series. 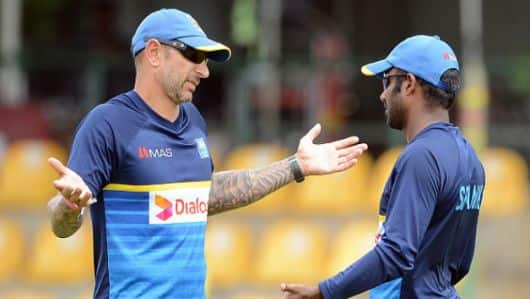