Resuming the last day at 37/0, Pakistan began the day as favourites to chase down the 176 they needed for victory. Patel and Ish Sodi rattled the top order as Pakistan lost three wickets in the first six overs.

Azhar Ali and Asad Shafiq then rebuilt the innings with a fourth wicket partnership of 82. Shafiq scored 45 and became the 11th Pakistani to reach 4,000 runs in Test cricket, but he edged one off Neil Wagner to wicketkeeper BJ Watling just before lunch as Pakistan lost their final seven wickets for just 41.

Obviously, it is disappointing. The start today wasn’t good, but the way Azhar and Asad played, we should have finished it off. The collapse after that was very disappointing for the team. We obviously need to give credit to Ajaz here, he bowled superbly. The pitch has changed and he bowled well. Our batsmen should have handled it better, given ourselves a bit of time, but we just didn’t, Sarfraz said at the post-match presentation ceremony on Monday.

The batsmen should have scored the runs itself in the first place, but some of the shots played by some of them in the tail were quite disappointing. We had opportunities right through the game, first to score big runs after getting them out for 153 in the first innings and then to finish off the game now; the fact that we couldn’t do it is very disappointing. 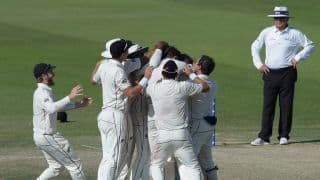 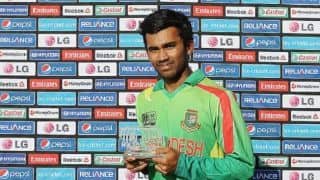