Exclusive: 'We Are Faster In Observing Things Than Chinese'- G Sathiyan Reveals How Indian TT Can Reach New Heights

Exclusive: 'We Are Faster In Observing Things Than Chinese'- G Sathiyan Reveals How Indian TT Can Reach Ne

Commonwealth Games 2022 proved to be another success for India's table tennis player Sathiyan Gnanasekaran. He won a total of three medals in the recently concluded games.

New Delhi: Commonwealth Games 2022 proved to be another success for India’s table tennis player Sathiyan Gnanasekaran. He won a total of three medals in the recently concluded games and is now focusing on his ultimate goal which is a medal for India in the Paris Olympics.

“Yes, I am extremely happy that I won three medals again in the Commonwealth Games 2022. It is always a special event, especially for Table Tennis and it’s a special feeling to win and perform well in the multi-sport event. It’s a different aura and for me to win and defend the team title is amazing,” stated an elated Sathiyan in an exclusive interview with Cricket Country.

He said, “Of course, the very special singles medal for the first time. I really was aiming in these games to win a singles medal and winning that bronze medal was special. So, winning again the three medals and a total of six in the Commonwealth Games so far, is a very very special feeling and definitely, the years of hardwork paid off.”

Sathiyan won his first individual medal in Commonwealth Games in the recent edition when clinched a bronze medal in the men’s singles event. He also clinched gold in the men’s team event, while a silver in the men’s doubles event with his partner and veteran Indian table tennis player Sharath Kamal.

” I won a silver in the men’s double and certainly it was a great match in the doubles final. We gave our best as it was a very tough match. I think it was one of the best matches in the doubles event for sure but unfortunately in the decider, we gave them the early lead which cost us the match. We should have changed our strategy a little bit in the last game but credits to them they are very seasoned players in the men’s doubles category,” stated Sathiyan.

He added, ” They are World No. 10 ahead of us, so I think we put up a great fight and we were very close again to winning that doubles gold but I am sure that we got a lot of learnings from that and we will try to do better and win a gold medal in the next edition.”

The Indian player also looked confident about breaching the Chinese wall in the upcoming Paris Olympics. China is a powerhouse in table tennis but Sathiyan believes that with the right planning India can beat the Chinese in their own game.

He remarked, “Certainly, China have developed the system in not just one or two years, they developed it over a period of time. It has taken a lot of years actually as they were nowhere near the top 50-60 years back but then they came back strongly and developed a huge system with infrastructure, putting coaching facilities, sports sciences and nurturing young talent. They pick them up at a very young age and give them all the kinds of training and facilities. So, it’s a process and China have been doing exactly what we do for our school, it’s like an academic curriculum.”

“Millions of kids play table tennis there so it’s bound to happen, it’s like a religion in China and I have seen stadiums with 100 tables on different floors and that kind of infrastructure they have there, so certainly they have invested a huge amount of money to come up to this level. There are doing great but you could see even a lot of Chinese are losing now in international events and the gap is certainly reduced to some extent but still, they are at the top of the world,” added Sathiyan.

The Indian paddler also revealed how India can bring down the Chinese wall in the table tennis arena. He said, “I am sure the way Indian sport is progressing with the right kind of support from all around we can make a difference. We still need a lot of infrastructure, and stadiums, especially for table tennis. I think we are much faster in observing things than the Chinese, so if you could get the right infrastructure with the right kind of sports science support and coaching right from a young age then I am sure India will break the Chinese wall.”

Despite winning the medals in the recently concluded Games, Sathiyan is not satisfied with his performance and will work hard to improve his game before the Olympics. He stated,”Commonwealth Games was an excellent confidence booster for us, the way we played under pressure and performed as a unit. We played great and won some good matches which has given us a lot of confidence but certainly a lot of things we learned as well from wins and loses on areas where I need to improve.”

The player added, “I need to improve my physical strength and conditing which I will be working on with my coach Raman sir and of course the skills as well. We will work a lot on this and ensure fine-tuning. I will watch a lot of my match videos to analyse my game and improve upon my skills and fitness part. Mental conditing is also important to stay calm under pressure in big games like this, so emphasising on these areas will really help us.”

He has won a total of six medals in Commonwealth Games and one in Asian Games in his career so far. 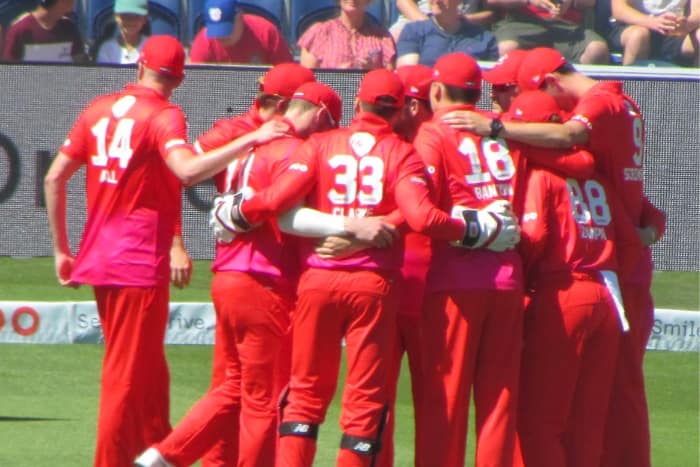 Dhanashree Opens Up On Divorce Rumours With Yuzvendra Chahal