The academy will operate under the guidelines of the National Cricket Academy and the BCCI.

Rajkot: With an aim to provide “scientific coaching” to aspiring cricketers of Saurashtra region, the Saurashtra Cricket Association (SCA) is going to start is own academy from this month, its honorary secretary Niranjan Shah said.

“The decision to start our own cricket academy was taken unanimously in SCA’s governing body meeting held couple of days back,” Shah said in a release issued by the SCA today.

Shah, who is also vice chairman of National Cricket Academy (NCA) said, “From this year onwards SCA will have its own cricket academy, which will be working under guidelines of NCA and BCCI”.

“The main object of to start our own cricket academy is to give scientific coaching to young and talented cricketers of Saurashtra region’, he said.

The academy will organise regular training camps for selected players who would be selected from inter district tournaments organised by the SCA every year, Shah said.

“Aspiring cricketers of various category at junior level and Ranji Trophy will be highly benefited by the academy,” Shah added.

“SCA has made all preparation including to select the players for the academy and most likely the academy would be started from May 10,” Himanshu Shah, SCA media manager said.

The association has its own ground at Khandheri which has required facilities for the academy. 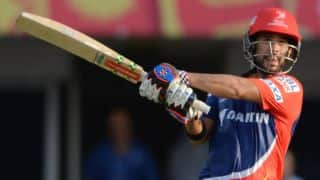