As per the rules, if the final of the Ranji Trophy is headed towards a draw, then the winner is decided on the basis of first-innings lead. Whoever manages to take the lead in the first innings, is declared as the champion.

Saurashtra bundled out Bengal for 381 on Friday, gaining a slender lead of 44 runs.

Resuming day five at 354/6, Bengal lost its final four wickets for just 27 runs and was bowled out for 381. As soon as Bengal was bowled out, Saurashtra skipper Jaydev Unadkat ran around the stadium to celebrate the feat.

Unless something dramatic happens, Saurashtra will be going away with its second Ranji Trophy title. The side had won the tournament last season as well. Here's why spectators are must for cricket matches 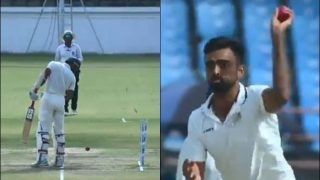