"So far as eastern states are concerned, you cannot deny them (the right)...we are on the principle of inclusion,"

The vexatious recommendation of Justice R M Lodha panel on one-state, one-vote policy may be reconsidered by the Supreme Court which said it may look at the only aspect relating to loss of full-time membership of some cricket bodies.

One of the Justice Lodha panel’s recommendations, which was later approved by the apex court in its 2016 verdict, was that there would be one cricket association, having full time membership and voting rights in the BCCI, in one state.

A bench headed by Chief Justice Dipak Misra said so far as the one-state, one-vote policy with regard to north-eastern states was concerned, it will not be re-considered.

However, the bench, also comprising Justices A M Khanwilkar and D Y Chandrachud, indicated that it may consider the aspect of the cricket bodies of Maharashtra and Gujarat as they have played a historic role in the game and cannot be left out.

“So far as eastern states are concerned, you cannot deny them (the right)…we are on the principle of inclusion,” it said.

The apex court, meanwhile, asked the state cricket associations and BCCI office-bearers to give suggestions on the draft constitution for the apex cricket body to senior advocate Gopal Subramanium, who is assisting it as an amicus curiae, before May 11, the next date of hearing.

It said the draft constitution has to be in tune with the Lodha panel recommendations and its verdict. The draft would be finalised by the court and be binding on the BCCI.

However, it clarified that its order on the petitions seeking recall of the 2016 verdict would deal with the validity of the draft constitution. The court also said that while finalising the BCCI constitution, it may not restrict the number of national selectors to three and impose the eligibility criteria that selectors have to be test players.

The bench then referred to several names of eminent cricketers of the past like Padmakar Shivalkar and Rajinder Goel who could not play tests, but had loath of experience.

The bench also considered the statement of amicus that the state cricket associations should not be allowed to hold elections till the apex court gave a quietus to the case after implementation of the verdict and the Lodha panel recommendations. It asked the Maharashtra Cricket Association (MCA) to postpone its election scheduled tomorrow till May 11.

Additional Solicitor General Tushar Mehta, appearing for MCA, said the MCA should be allowed to conduct the elections and frame its constitution in tune with the verdict and the recommendations of the Lodha panel.

The COA had filed the draft constitution of the BCCI in October last year in a sealed cover, incorporating suggestions of the Justice Lodha panel on reforms in the cash-rich cricket body. The top court had said that the draft constitution should include the suggestions of the Lodha committee in its entirety so that a holistic document can be placed before it for a final decision.

The Justice Lodha panel had recommended a slew of structural reforms in BCCI which were approved by the apex court. It had approved the Lodha panel’s recommendations such as ‘one state, one vote’; ‘one member, one post’; and fixing an age-cap of 70 years on those occupying BCCI posts. The Lodha panel was formed in January 2015 in the wake of the Justice Mukul Mudgal Committee report that called for reforms within the BCCI.

The Mudgal panel had gone into state of affairs of the BCCI, following the 2013 IPL betting and spot-fixing charges.

The court had in its July 18, 2016 verdict accepted most of the recommendations of the Lodha committee to reform the BCCI following charges of large-scale maladministration in the cash-rich cricket body. 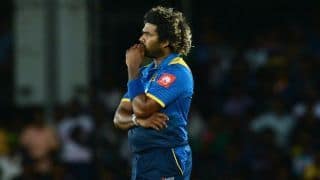