Scotland‘s all-time leading wicket-taker Majid Haq has been sent home from the ICC Cricket World Cup 2015 for breaking the team’s internal code of conduct. Haq was ignored from the Scotland during side’s 148-run defeat to Sri Lanka in Hobart. Following that , a disappointed Haq and tweeted: “Always tougher when your in the minority!! #colour #race”, BBC reported. Live Blog: Sri Lanka vs Scotland ICC Cricket World Cup 2015

“Following a breach of Cricket Scotland’s internal code of conduct, international team member, Majid Haq, is travelling home from the ICC World Cup. No further statement will be issued until internal processes have been completed in due course,” a statement from the Scottish board said, AFP reported. Full Scorecard: Sri Lanka vs Scotland

Off-spinner Haq, the 32-year old off-spinner has taken 60 One-day international (ODI) wickets, Also he represented Scotland in 209 ODIs, which is the highest by any Scottish player.  Born in Paisley and of Pakistani descent Haq is one of the renowned name of Scotland cricket. He represented Scotland at the Under-17, Under-19 and Under-23 levels before making his ODI debut against Bangladesh in Dhaka in 2006.

Majid was instrumental during the quadrangular series at Ireland with his off-breaks, where Scotland almost pulled off a miraculous victory over the West Indies with four for 28. He is no mug with the bat either as he has scored three ODI fifties and a First-Class hundred. Being the only specialist spinner of the side Haq has had a decent journey, and will look forward to more. His first five-wicket haul came in 2014-15, when his five for 57 helped Scotland topple Ireland by eight wickets at Dublin. His cousin Omer Haq also played for Scotland. ICC Cricket World Cup 2015: SCHEDULE & MATCH DETAILS 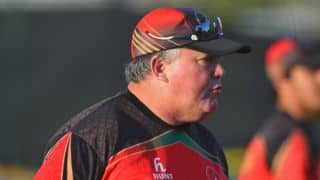 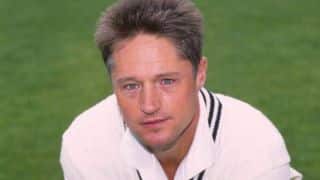