Rohit Sharma's trial run as an opener lasted only two deliveries as he left without troubling the scorers.

Rohit Sharma‘s trial run as an opener lasted only two deliveries as he left without troubling the scorers in a drawn three-day warm-up game between Board President’s XI and South Africa on Saturday. Test aspirants Priyank Panchal (60 off 77 balls) and wicketkeeper batsman Kona Bharat’s quickfire 71 off 57 balls were the highlights of Board President XI’s 265.8 in 64 overs.

Mumbai batsman Siddhesh Lad (52) also helped himself to a half-century after South Africa declared their first innings at 279 for 6. Temba Bavuma (87) remained unbeaten, while Vernon Philander (48 off 49 balls) added quick runs to the total.

All eyes were on Rohit during the final day of the game as he came out to open alongside Mayank Agarwal (39). Seamer Vernon Philander got his delivery to move a shade and Rohit edged one to substitute keeper Heinrich Klaasen, who kept wickets ahead of Quinton de Kock.

It was an ideal situation to get quality batting time ahead of the first Test but Rohit fluffed his lines at the onset. With selectors promising him the full series and a fair run, India’s limited overs vice-captain will like to put up a better account of himself during the first Test in Visakhapatnam, starting on October 2.

While Kagiso Rabada is their strike bowler, Philander with his ability to swing the new ball both ways could prove to be a threat for Rohit, who is not exactly big on foot movement during the initial part of the innings.

The first four batsman in the order (now that includes Rohit) were all openers and Agarwal and Panchal had a better day in office compared to Rohit and Abhimanyu Easwaran (13). Easwaran was dismissed by Rabada, caught by Aiden Markram and then Gujarat’s Panchal joined forces with Agarwal.

They added 52 runs for the third wicket before Agarwal was out trying to give left-arm spinner Keshav Maharaj (3/35 in 13.1 overs), the charge. His 92-ball knock had six boundaries. Coming in at No 4 in the 11th over, Panchal looked solid as he hit 10 fours and a six, adding another 49 runs with Karun Nair (19).

It was Philander (2/27 in 9 overs), who dismissed him in his second spell, caught by skipper Faf du Plessis. Nair was also out edging one off Maharaj to Klaasen as Board President’s XI was reduced to 136 for 5. Once Rabada and Philander, who are going to start off in Visakhapatnam, got a feel and didn’t bowl further, the second string Proteas bowlers were easy meat for the other batsmen.

Bharat and Lad added 100 runs in only 20 overs for the sixth wicket. The Andhra wicketkeeper, who is in the mix for the red-ball version, hit seven fours and five sixes. He was especially severe on off-spinner Dane Piedt (1/80 in 14 overs), repeatedly carting him for maximums.

Lad was more conservative in his strokeplay even though he hit seven fours and a six. Bharat was finally bowled by Maharaj as he was looking for a quick-fire century. 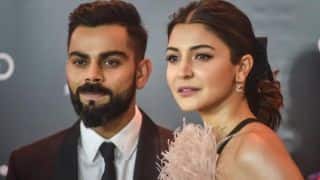