Senior West Indies batsman Shivnarine Chanderpaul has alleged that the national selectors had asked him to retire after the World Cup and was dropped from the squad for the ongoing home series against Pakistan when he refused to comply with it. 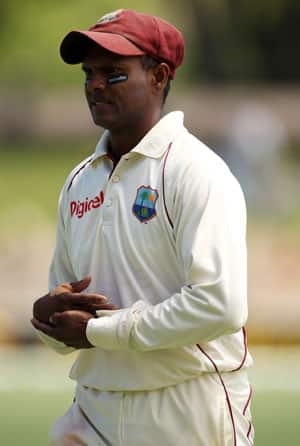 Senior West Indies batsman Shivnarine Chanderpaul has alleged that the national selectors had asked him to retire after the World Cup and was dropped from the squad for the ongoing home series against Pakistan when he refused to comply with it.

Chanderpaul made the allegations in a letter to WICB chief Ernest Hilaire — the second such communication over the past few days — in which he has also sought explanations for various issues which are at the centre of current controversy in West Indian cricket.

Just a few days ago, Chanderpaul had shot off a letter to Hilaire, questioning his comments about the lack of discipline and application in the West Indies team over the last decade.

Hilaire responded on Friday, stating that his comments on cricketers did not name individual players and were based on reports and public comments made by previous coaches. He also stated that Chanderpaul “has been and remains a valued member of the West Indies first team squad”.

It was in response to this letter of Hilaire that Chanderpaul accused the selectors of having told him to retire after the World Cup. “WICB selectors asked me to retire and were upset when I refused to do so. One of the selectors told me I would need to go to regional cricket and do exceptionally well and then they might consider me for future selection, despite me having the third best average in the World Cup for the WI cricket team, of anyone with more than two innings,” Chanderpual said in the letter.

“The coach said I did not do anything for the team in the last 12 months and hence the reason for me being dropped (from the squad for home Pakistan series),” Chanderpaul wrote, according to ESPNcricinfo.

Chanderpaul also expressed his displeasure with Hilaire’s statement that he was acting on the “ill advice” of the West Indies Players Association.

“I may not be Dr Chanderpaul but I have been a top-ranked international batsman and we have to be able to think critically under the most intense and stressful situations. It is therefore distressing that you blame WIPA by implication, if not overtly, for my letter saying that WIPA was offering me ‘ill advice’. You may not be aware but I have faced the best bowlers in the world in my career and I know how to counter-attack. Furthermore, I am my own man and would ask that you respect that,” he said.

Chanderpaul had also raised several other issues that include claims of faulty injury management by the WICB. “The treatment towards me after the last Australian tour where, after diving for a ball, I got injured and my treatment from the WICB physio was ineffective. I had to look after myself on my return home, including paying for all my medical expenses. The WI team physio advised that what I required was rest when, in fact, the doctors decided that I needed to have a cast because of the seriousness of the injury,” he said.

Chanderpaul was dropped from the squad to play against Pakistan along with other senior players Chris Gayle and Ramnaresh Sarwan after their World Cup debacle.

Gayle had claimed that he was shown disrespect by the WICB and an uncertain future had forced him to accept an offer from Indian Premier League franchise Royal Challengers Bangalore to play in the lucrative Twenty20 League.