The tournament will get underway on November 21, and the final will be played on December 18.

New Delhi: The FIFA World Cup is just away and the excitement among the fans is reaching its peak. The World Cup will be held in Qatar, which is a Middle-East country and follows a strict Sharia Law, thus there are plenty of strict rules in place for the fans, which are otherwise legal in other countries.

One of them happens to be a sex ban, which means that fans can face severe consequences, including seven years of imprisonment if they are found indulging in one-night stands.

“Sex is very much off the menu, unless you are coming as a husband and wife team,” reports the Daily Star reports quoting UK police. “There definitely will be no one-night stands at this tournament. There will be no partying at all really.”

“Everyone needs to keep their heads about them, unless they want to risk being stuck in prison… There is essentially a sex ban in place at this year’s World Cup for the first time ever. Fans need to be prepared.”

In December 2021, the chairman of the local organising committee Nasser Al-Khater said “homosexuality is not allowed” in the emirate, however, LGTBIQ+ fans will be allowed to attend matches. He said that Qatar respects different cultures and other cultures should respect the culture of the host country.

“Qatar and the region are a lot more conservative,” Al-Khater told CNN. “And this is what we ask fans to respect. And we’re sure that fans will respect that.”

Fans can also get themselves into trouble if they are caught drunk in public places and there is a death penalty if they are caught smuggling cocaine to Qatar. However, as per reports, Qatar would permit alcohol consumption during the event and fan zones would be established. The tournament will get underway on November 21, and the final will be played on December 18. 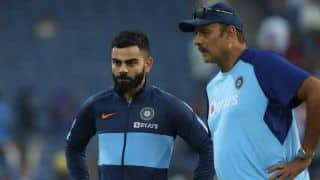