Seymour Nurse was an aggressive right-handed batsman who could bowl occasional offspin.

Nurse passed away at Queen’s Elizabeth Hospital after ailing for a long period, reported the Caribbean media. He is survived by his twin daughters, Roseanne and Cherylanne Nurse.

Widely regarded as one of the best batsman in the world during the 1960s, Nurse played 29 Test matches from which he scored 2523 runs at an average of 47.60.

He managed six Test hundreds and 10 fifties, with a highest score of 258 versus New Zealand in Christchurch in 1969. Of his six hundreds, two were doubles and another a score of 168. (READ: Seymour Nurse – A talented batsman whose career came to a premature end)

Former West Indies opener Desmond Haynes posted on his Facebook page: “My coach, my mentor. We all from the Holders Hill area love this man. We used to walk like Seymour, bat like him and try to talk like him. Thanks for everything you have done for me. May he Rest In Peace and rise in glory”.

Nurse was among an elite list of West Indian batsmen who made over 500 runs in a Test series on two occasions. He made his Test debut against England in Jamaica in 1960 and was named one of Wisden s Five Cricketers of the Year in 1967. (READ: Seymour Nurse – 10 interesting facts about the talented West Indian batsman)

After retiring from cricket, Nurse served as a Barbados selector and coach and was also a government cricket coach at the National Sports Council. He played a role in the development of several Test players including Malcolm Marshall, Roland Holder, Carlisle Best, Sherwin Campbell, Pedro Collins and Dwayne Smith. 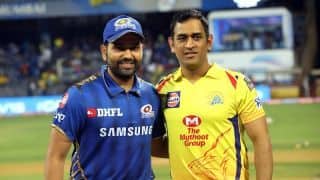