Mickey Arthur hailed the Sarfraz Ahmed-led side for their 3-1 T20I series win which also saw Pakistan climb up from sixth to fourth place in the ICC rankings.

Karachi: Ecstatic over his side’s four-match T20I series win against reigning World T20 champions West Indies, Pakistan head coach Mickey Arthur has singled out Shadab Khan‘s contribution in the triumph, saying that the 18-year-old is a gold to the country’s cricket and would surely emerge as a genuine all-rounder in the coming future. While speaking from Providence in Guyana, the venue of the upcoming three-match ODI series starting on Friday, Arthur hailed the Sarfraz Ahmed-led side for their 3-1 T20 series win which also saw Pakistan climb up from sixth to fourth place in the ICC rankings. “I am really happy with how the [T20] series panned out for Pakistan and even more happy that the younger players did so well and won the games for us,” the Dawn quoted Arthur as saying. Full Cricket Scorecard: Pakistan vs West Indies, 1st ODI at Guyana

Singling out Shadab’s contribution in the series win, the former South African cricketer said the leg-spinner is an extremely talented player who is getting better with each passing day. “I think Shadab was very good in this [T20] series and I just see him getting better and better. He is an extremely talented cricketer and has a very good cricket brain. He certainly brings all three disciplines to the table and in time will become a genuine all-rounder which is very exciting. Obviously bowling, his primary skill, is fantastic. He is gold to Pakistan cricket,” Arthur said of Shadab, who has also been named in both ODI and Test squad against West Indies.

Shadab celebrated a dream debut for Pakistan, claiming three wickets in his side’s six-wicket win over West Indies in the opening T20 of the four-match T20 series. He emerged as the highest wicket-taker for the side in the series, having scalped 10 wickets in four innings he played. Talking about the upcoming ODI series, Arthur called on his side to guard against complacency as Pakistan aim to earn direct qualification for the 2019 ICC World Cup in England.

“I think the ODI series is going to be a real challenge for us and one that we are really looking forward to given the importance it holds for both teams. We hear that the pitches are going to be a bit greener favouring quick bowlers more but we are confident that we have the team to take on any team in all conditions,” he said. Although the head coach ruled out the idea of momentum and insisted that both teams would start afresh, he admitted that his side would have surely gained some confidence from their T20 series win.

“I am not a big fan of momentum because every game is a new game and both teams start afresh but I am a believer in confidence and we certainly have taken some confidence out of this [T20] series into the next one,” he concluded. 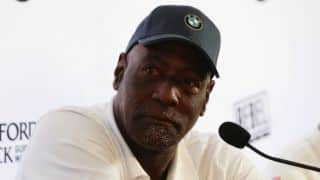 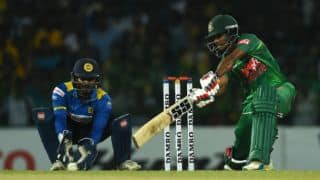