All-rounder Shahid Afridi is reportedly the leading contender as team captain in T20I.

Pakistani all-rounder Shahid Afridi is reportedly the leading contender for the team’s captaincy following Mohammad Hafeez stepping down as the T20 captain after Pakistan‘s early exit from the ICC World T20 2014.

Hafeez reportedly stepped down from his captaincy within a day after Afridi expressed his interest in leading the national team, but Pakistan Cricket Board (PCB) Chairman Najam Sethi said that the board is not in a hurry to look for Hafeez’s replacement.

Sethi has called for an extensive meeting to be held on April 15 to consider changes in the team as well as management, the Express Tribune reports.

However, Afridi has reportedly come up as the front-runner to take over as captain, as Hafeez has resigned and the Test and ODI captain Misbah-ul Haq is not playing T20 internationals anymore.

An official close to the PCB’s Management Committee said that Afridi is the ‘favorite’ for captain if the board preferred experience, but added that he is not the only one who will be in contention.

The official also said that players like Ahmed Shehzad , who can resolve the captaincy issue for a longer duration, may also be considered.

The official also hinted on the possibility of changing the ODI captain with an eye on next year’s world cup and said that the PCB chairman will return from the International Cricket Council meeting next week, where he will tackle the issue of the Big Three, the report added. 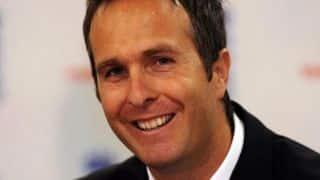