Shahid Afridi opens up on his retirement plans

Shahid Afridi opens up on his retirement plans

With the reports circulating that the Pakistan Cricket Board wants Shahid Afridi to consider his retirement the former Pakistan cricket captain has claimed that he is still available for national selection ahead of the series against West Indies in UAE. Afridi who is now only plays the shortest format of cricket has insisted that he will retire when he feels is the right time for him and that he should not b4 forced into it. Amidst all this, there have been hints that Afridi might retire after playing the Twenty20 International series against West Indies which comprises of two matches. READ: Mickey Arthur: Misbah-ul-Haq, Younis Khan fittest players in Pakistan cricket

Speaking to PakPassion.Net, Afridi was quoted saying, “I have had a good relationship with Inzi Bhai for almost 20 years and he is one of the few people who I respect from my heart. I have always taken his advice as one coming from an elder brother. I told him what I wanted and he gave me his views on my plan.” ALSO READ: West Indies sack head coach Phil Simmons ahead of Pakistan series

“The cricket board and players should continue to talk like that in the future.”

With all this happening in and around, there have also been speculations that a discontent feeling between Afridi and the PCB is at large which comprises of Inzamam-ul-Haq. Talking about his own thoughts about his retirement Afridi further stated, “I am not sure what decision will be taken next week however, there is an impression in the media for the past few days that I have asked to be given a match to play so that I can leave cricket; this is completely incorrect”

“There have been a very few people who have bid farewell to Pakistan cricket with respect and honour. I would like the board and the players to work together to set a good example in this respect. If I really wanted to leave, I would have left after the World Twenty20 but I did not want to leave in that way”

“After playing for so many years, I have earned the right to leave cricket in a good way.”

It still remains a big question if at all Afridi will be selected for the upcoming T20I matches against West Indies and if he gets selected will he be retiring at the end of it. There have been various speculations about the same but with the fact that Pakistan still have not found a good replacement for him looming at large, his retirement questions has raised uncertainty amongst the cricket world 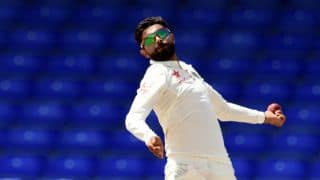 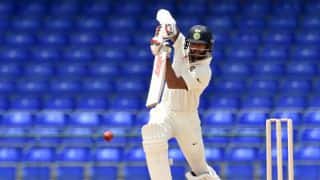