"Even if they call me, I won t go to the IPL. I am enjoying the PSL, I don t have any need for the IPL. I m not interested in it and never was" - Shahid Afridi

Shahid Afridi has been in the headlines for all the wrong reasons. Three days ago, Afridi had tweeted about the security forces killing 12 terrorists in Kashmir. He had referred Kashmir in the tweet as Indian Occupied Kashmir . He had also urged the United Nations (UN) to look into the atrocities faced by the people in Kashmir. Following the tweet, he faced several criticisms from the current as well as former Indian cricketers.

We, of course, are not sure whether Afridi has taken the backlash too personally following his tweet but the all-rounder is not keen to play IPL even if BCCI approaches him. Afridi considers PSL to be bigger and better than IPL. These claims came forward by Saj Sadiq from pakpassion.net. Afridi believes PSL will take over the IPL in the future.

Afridi was quoted saying, Even if they call me, I won t go to the IPL. My PSL is the biggest and there will be a time that it leaves the IPL behind. I am enjoying the PSL, I don t have any need for the IPL. I m not interested in it and never was.

These quotes come as a surprise as Afridi had hailed IPL during the inaugural edition when he was playing for Deccan Chargers. He had mentioned then, Although I played just once in the IPL but it is easily the biggest league you can play in and I enjoyed my experience. The IPL is clearly the best organised foreign league and it was a totally different experience playing in it, as quoted by Indian Express.

As for the backlash he received for his tweet, Afridi said: I m not worried about the response to my tweet from some. I believe I spoke the truth and I have the right to speak the truth. Afridi added, he would have become a soldier if not for a cricketer, I am a soldier of my country. My country is my honour and Pakistan is everything for me. 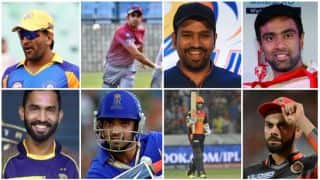