Former Pakistan captain Shahid Afridi, who was signed by Caribbean Premier League (CPL) team Jamaica Tallawahs for the 2018 edition as the Marquee player, will miss the tournament owing to a knee problem.

Former Pakistan captain Shahid Afridi, who was signed by Caribbean Premier League (CPL) team Jamaica Tallawahs for the 2018 edition as the Marquee player, will miss the tournament owing to a knee problem.

Afridi, in his twitter account stated: Due to my knee rehab I ll have to sadly miss out this year s #BiggestPartyInSport with the @JAMTallawahs .

I ll be cheering for the team from home and I m sure @simadwasim will fill up for me #CPL18 #DreamBIGwidTallawahs https://t.co/zJ6C8mI22A

Tallawahs coach Mark O’Donnell said that a replacement player will be announced shortly. It has been sorted out but until he (the replacement player) gets on the plane in Trinidad, there s no comment about whom it is. He s meeting us in Trinidad and an announcement will come through from the franchise later.

ALSO READ: Caribbean Premier League 2018: All you need to know

The Caribbean Premier League is set to usher into its sixth edition. From August 8, six teams will vie for supremacy to be crowned champions of the Caribbean. Defending champions Trinbago Knight Riders will take on St. Lucia Stars in the first of 34 matches to be played across the next month with the final scheduled to take place on September 16.

Suspended Australian duo of Steve Smith and David Warner will be featuring the CPL this year. Smith and Warner, currently serving 12-month bans from international cricket for their roles in the ball-tampering controversy that erupted in South Africa, are set to feature in the upcoming Caribbean Premier League (CPL) which starts August 18 as they continue to pursue competitive playing opportunities.

Smith, who recently turned out in Canada s inaugural Global T0 tournament, scoring 167 runs at an average of 33 in six matches, will play for Barbados Tridents. Warner, who also played in Canada, is part of St Lucia Stars. 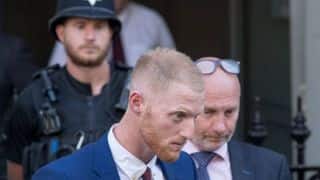