The City of Joy accorded a grand welcome to Kolkata Knight Riders for their IPL triumph, with Chief Minister Mamata Banerjee felicitating the players and co-owners Shah Rukh Khan and Juhi Chawla in front of the Writers' Buildings here on Tuesday. 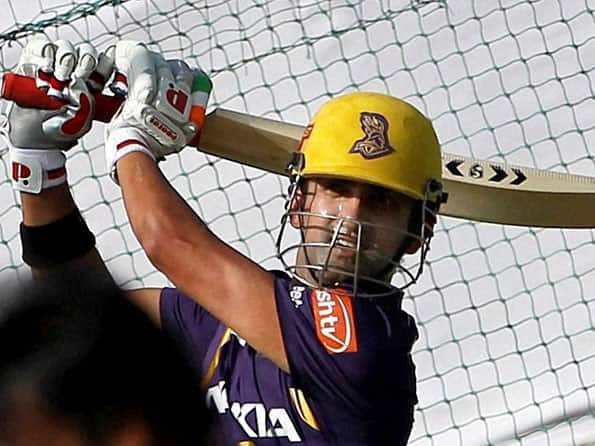 The City of Joy accorded a grand welcome to Kolkata Knight Riders for their IPL triumph, with Chief Minister Mamata Banerjee felicitating the players and co-owners Shahrukh Khan and Juhi Chawla in front of the Writers’ Buildings here on Tuesday.

“We have been waiting for this day so long. Thank you Didi. Thank You Kolkata. Thank you West Bengal on behalf of every member of the team. Only Kolkata will rule,” SRK, who is also the brand ambassador of West Bengal, said at the reception amidst thunderous cheers from hundreds of people as confetti rained from above.

Captain Gautam Gambhir said, “Thank you Didi. It is a fantastic support that we have received from the people of Kolkata and Bengal.”

Banerjee, dressed in a white sari with a purple border, the color of the team’s jersey, said, “Bengal is proud. The victory of the Knight Riders is like a victory of the world.”

Earlier, Kolkata turned purple and gold as thousands of people lined up the entire route from Hazra crossing, near the chief minister’s Harish Chatterjee Street residence, to Writers Buildings, a distance of five kilometre, to witness the victory parade of the team aboard a flower-bedecked trailer.

People not only lined the streets, but also crammed vantage points on rooftops and balconies as the victory procession passed.

The team members, who stepped off the team bus at Hazra a little past 11:00 am, arrived at Writers’ at 12:20 pm where the chief minister, Railway minister Mukul Roy and cabinet ministers were waiting for them.

A dais had been constructed before the central gate of the state secretariat, with a huge banner ‘Knights Become Kings, Bengal Celebrates’ to welcome the team.

Shahrukh and Juhi Chawla drove down a little later.

The Chief minister, helped by the railway minister, personally handed bouquets and scarves to Gautam Gambhir and team members as well as SRK and Chawla.

Banerjee posed with the IPL cup with Gambhir and then with SRK.

After the 13-minute programme, the chief minister boarded the team bus with the players and headed for the Eden Gardens, a short distance away. (PTI)