Karachi: Jubilant over the successful staging of the Zimbabwe tour, Pakistan Cricket Board ( PCB) chairman Shahryar Khan said that the tour has created the possibility of international cricket returning to the nation.

Khan said that small gates were opened by Kenya, Afghanistan and Australia‘s army team, but Zimbabwe can be credited for providing the biggest opening for the return of international cricket to the country, the Express Tribune has reported. Zimbabwe tour will open door for more series in Pakistan: Shahryar Khan

He also said that Zimbabwe Cricket (ZC) chairman Wilson Manase and the players were very happy with the way things went, especially the response they got from the Pakistani crowd.

He added that it was great on the part of Zimbabwe Cricket to keep their word and send the team in spite of being stopped by the government. 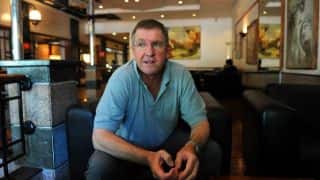