Shakib-Al-Hasan is also the leading run-getter in T20Is for Bangladesh.

Bangladesh all-rounder Shakib-Al-Hasan has now become Bangladesh’s leading wicket-taker in T20Is when he got rid of South Africa middle-order batsman David Miller for just one in the first T20I against South Africa at Dhaka. Abdur Razzak had 44 wickets in 34 matches and Shakib, playing his 37th match has now picked up 45 wickets. Shakib is also the leading run-getter for Bangladesh in T20I with 809 runs so far. Live  Blog: Bangladesh vs South Africa, 1st T20I at Dhaka

Shakib is the No.1 all-rounder across formats for Bangladesh and has been an integral part of their team ever since his debut in 2006. He also plays T20 cricket around the world, including the Indian Premier League (IPL), where he represents Kolkata Knight Riders (KKR). Bangladesh are high on confidence since their back-to-back One-Day International (ODI) series, first against Pakistan then against India. Live scorecard: Bangladesh vs South Africa, 1st T20I at Dhaka

Bangladesh start their series against South Africa hoping to topple the African giants. The tour will consist of two T20Is, followed by three ODIs and two Tests as well. 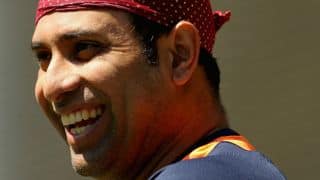 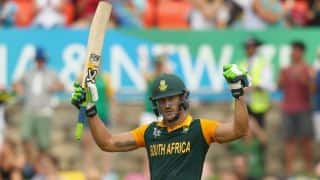