Bangladesh Test captain Shakib Al Hasan was ruled out of the first Test against Sri Lanka after suffering a finger injury.

Bangladesh Test captain Shakib Al Hasan was ruled out of the first Test against Sri Lanka after suffering a finger injury during the tri-nation one-day international final against the same team in Dhaka on today.

Shakib hurt the base of the little finger of his left hand during the 42nd over of Sri Lanka’s innings in the final and was unable to continue at the Sher-e-Bangla National Stadium.

Bangladesh Cricket Board senior physician Debashish Chowdhury said an X-ray did not find any fracture but the injury required stitches.

“He has been assessed by a cosmetic surgeon and necessary repairs have been done,” Chowdhury said in a statement.

“The affected finger will have to be immobilised for at least a week before a further assessment is made, which means he is out of the first Test in Chittagong.”

Shakib was expected to begin his second stint as a Test captain at the series starting on January 31 after he was named the skipper in December, replacing Mushfiqur Rahim.

Rahim was axed after Bangladesh was resoundingly thumped in both Test matches against South Africa in October.

The second Test is in Dhaka starting on February 8. 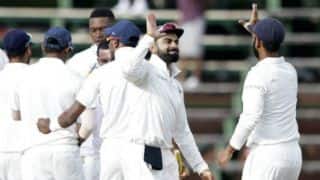 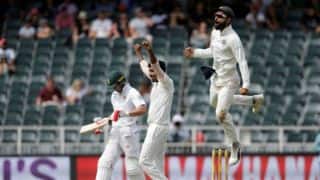