Sri Lanka are all set to take on England in the first ODI at Birmingham on Tuesday.

Colombo: Fast bowler Shaminda Eranga has been hospitalised in England with a heart ailment, Sri Lanka Cricket sources said on Sunday. Eranga’s hospitalisation takes place just two days ahead of the first One-Day International(ODI) in Nottingham. His absence will be a blow to Sri Lanka who missed the services of Dhammika Prasad and Dushmantha Chameera during the Test series. Eranga had been called for a suspect action during the second Test at Chester le street. He was to face a bowling test at the Loughborough University in Monday.
There was a danger of him being asked to be sidelined in the event of him proving to bend his arm more than the allowed 15 degrees, SLC sources said. Full Cricket Scorecard: England vs Sri Lanka 2016, 1st ODI at Birmingham

Sri Lana recently thrashed Ireland by 136 runs in the second ODI at Dublin and completed a 2-0 whitewash as well. They had lost the Test series against England, before heading out to Ireland to play an ODI series. With a string of wins under their belts, the Angelo Mathews-led team will hope that they put up a much better show against England in the ODI seris, followed by a one-off T20I match. READ: Angelo Mathews: Sri Lanka must be at best to beat England in ODI series

Sri Lanka have goon through a lean patch of late. They crashed out of the T20 World Cup in the group stage and failed to put up any fight in the Asia Cup T 20 2016 before that as well. They offered some resistance in the third Test at Lord’s and will look to carry on their good form from there as the limited-overs fixtures get underway. 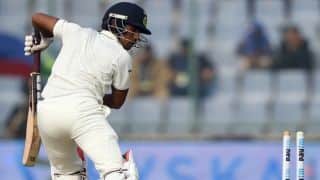