The Lankan seamer tore the webbing between the thumb and index finger of his right hand.

Sri Lanka’s frontline seamer Shaminda Eranga was on Tuesday ruled out of the deciding second Test against South Africa due to a hand injury, dealing a fresh blow to the beleaguered hosts. Eranga, 28, tore the webbing between the thumb and index finger of his right hand while fielding on day one of the first Test in Galle which Sri Lanka lost by 153 runs to go down 1-0 in the two-Test rubber.

He bowled just nine overs in the game, with his injury requiring eight stitches. “Eranga is definitely out of the second Test. The selectors are deciding whether to rope in a replacement for him in the squad,” Sri Lankan media manager Rajith Fernando told AFP. Eranga’s absence will be sorely felt by Sri Lanka as he has been the most effective bowler for them this year, taking 25 wickets at an average of 27.64.

Sri Lanka, who recently lost the one-day series against South Africa 2-1, have Dhammika Prasad and left-armer Chanaka Welegedara as fast-bowling cover. Meanwhile, South Africa have called in former coach Gary Kirsten for some batting and strategic advice as they seek their first Test series win on the island in 21 years.

Kirsten relinquished his head coach position with the national team last year but he has been used as a consultant on an ad hoc basis. “The arrangement (for him to join the team in Sri Lanka) was confirmed prior to the start of the two-Test series, and will continue throughout the season,” Cricket South Africa said in a news release.

Kirsten, a former South Africa batsman, will be with the team in Colombo until the second day of the Test match which is set to begin at the Sinhalese Sports Club ground on Thursday. 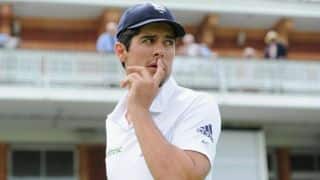 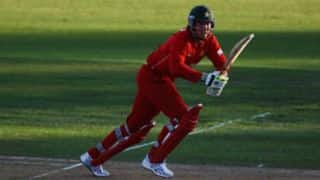